The Indian Wells, BNP Paribas Open is commonly referred to as a tournament held in paradise.  Nestled below the mountain tops in beautiful Southern California, match play is set to start later this week. Daytime temperatures will hover between 75 and 85 degrees Fahrenheit and the players will compete in an ideal environment.  The pros will showcase some colorful spring tennis apparel from big brands like Nike, Adidas, Fila, New Balance, and more. The colorway on the tennis shoes will be a little more generic, while the tennis racket manufacturers are holding nothing back.

Compared to last year’s event, which was postponed due to the worldwide pandemic, as many as 500,000 fans are projected to attend the two-week event. Everyone will be watching in anticipation as they cheer for their favorite players. But there could be some drama in paradise.

Daniil Medvedev, newly ranked No. 1 player in the world, will be playing at Indian Wells. However, he will not be competing under his country’s flag. During a recent ruling, the international governing bodies of tennis decided Russian and Belarusian tennis players can no longer compete under their countries’ names since they invaded Ukraine late last month. Medvedev, a Russian athlete, has faced numerous opponents during his rise to the top, however, this could be his biggest challenge yet.

Holding the No. 2 ranking is Novak Djokovic. He will have the opportunity to regain the No. 1 spot in March, provided he does well in Indian Wells, and again in Miami. Djokovic is no stranger to turmoil. After all, he began playing tennis in war-torn Serbia during the early 1990s. Today, he holds more than 85 titles and is relentless when it comes to fighting for what he believes in.
Holding the No. 3 spot is Alexander Zverev. Last month in a moment of weakness, Zverev unleashed his tennis racket, smashing it on the umpire’s chair after losing a doubles match in Acapulco, Mexico. He was ejected from the singles side of the tournament and fined $40,000. He also had to forfeit the ATP points, as well as the prize money he earned during the event.  Consequently, Zverev was fined an additional $25,000 by ATP’s Senior Vice President of Rules and Competition: Miro Bratoev. Zverev also received an eight-week suspension, however, the additional fine and suspension are being withheld provided there are no further violations during the next 12-months.

On the women’s side of the draw, we won’t see No. 1 Ash Barty since she has not fully recovered from the Australian Open. There she defeated Danielle Collins 6-3, 7-6 (7-2) during a one-hour, 15-minute match played under a high-heat advisory. We won’t see World’s No. 2, Barbora Krejcikova either. Krejcikova withdrew citing an elbow injury after the draw had her seeded No. 1. 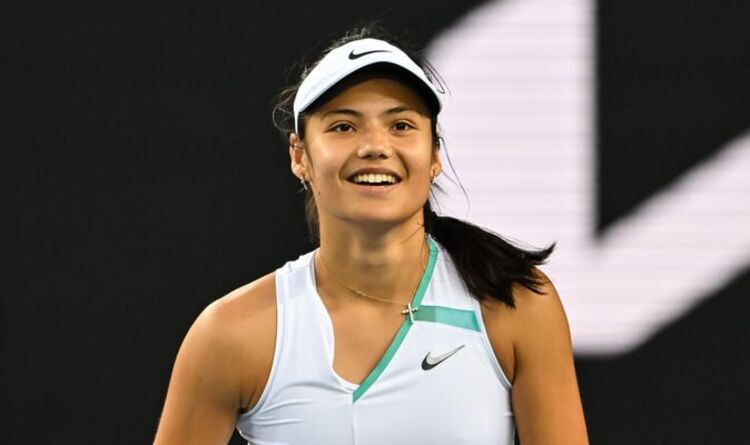 Some of the top title contenders include Emma Raducanu, Cori Gauff, and Simona Halep. Not to mention Daria Kasatkina and Liudmila Samsonova, who both, like Medvedev, will not be representing Russia. A white symbol or neutral banner will replace their countries flag, as will Aryna Sabalenka of Belarus. Sabalenka is seeded No. 2 and currently ranked No. 3 in the world. The competition kicks off with a show-stopping match when the 2018 BNP Champion Naomi Osaka goes up against the 2017 US Open Champion Sloane Stephens in the first round.

Title for the Taking

If we’ve learned anything during this last year of tennis, it’s that the title is up for grabs. Between absences, injuries, and upsets, there will be some up-and-comers to watch. There will also be pro-player gear guides and new product reviews to check out. So be sure to tune into TennisExpress.com and stay in the know.

Go Back to the Basics in Nike Tennis Apparel