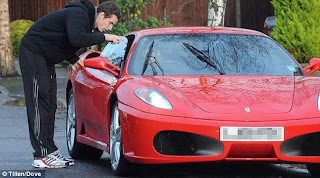 Andy Murray recently picked up a second-hand Ferrari F430, reportedly at a significant discount from the list price of a new F430, however it didn’t remain a bargain by the time the insurance costs were factored in.

Of course Murray is only 22 years old, passed his driving test just 5 months ago and is a celebrity driver, which makes the potential compensation costs far higher than the average young male driver if a third party was injured during an accident.

He’s over in Miami at the moment training with his support team, so it’s currently costing him $478.80 for every day that it’s parked in the garage. Just think about that next time you complain about your own insurance premiums.

What do you guys think? Leave your comments below.