Are Enrique Iglesias and Anna Kournikova Finally Getting Engaged? 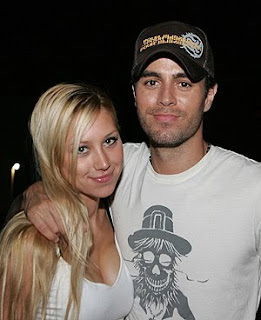 So,according to People, Anna Kournikova and Enrique Iglesias were seen last month at the Cartier Champs-Elysees boutique in Paris, prompting rumors that the longtime couple might be getting married.

Apparently, the couple spent 40 minutes inside the high-end jewelry store, but it's not known if they walked away with any bling for Kournikova.

This isn't the first time the couple prompted rumors of marriage. Back in 2004, the pair supposedly got married in a secret ceremony in Puerto Vallarta, Mexico. Kournikova was photographed wearing a wedding band on her ring finger at the time but it was later found out not to be true.

Any thoughts or comments on this? Would you like to see Kournikova return to the game?