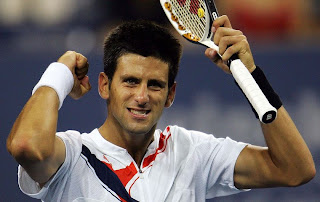 Novak Djokovic is in Roger Federer‘s home turf in Basel and he is playing in the main draw for the first time. After his win over German player, Andreas Beck on Tuesday, he hopes to meet hometown favorite Roger Federer in the final.

He admits that being in the town that Federer was born can be somewhat intimating but the people in Basel have shown him "great hospitality." “In Basel, everything revolves around Federer; after all he is the best tennis player in the world and this is the city where he was born.” states the third-ranked Serb.

But that still doesn’t prevent him from wanting to spoil the mood by beating the #1 ranked Swiss in his hometown. Most importantly, if he does well in Basel and in Paris, Djokovic will be close to #2; he will have the possibility to step between Federer and Rafael Nadal for the first time in his career.

Do you think that Djokovic has what it take to beat Federer and obtain the #2 ranking?