Federer Gets the Royal Treatment at Australian Open

Britain's Prince William made a surprise visit at the Rod Laver Arena to watch the Men's singles match between Roger Federer and Victor Hanescu at the Australian Open tennis championship in Melbourne.

The prince arrived fashionably late--75 minutes -- to Federer's match and was greeted with a warm ovation from the crowd .

After the match, he met with Roger Federer and Serena Williams privately. One must wonder if William told Federer that his great-grandfather, like him, played Wimbledon too? Read more about this here.

Check out some photos of Britain's Prince William during the match: 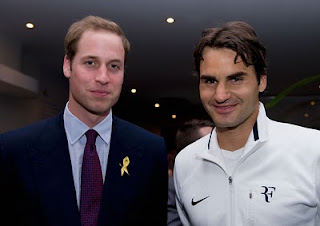 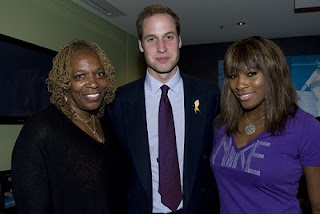