Houstonians love tennis. Because of that, there are hundreds of courts, dozens of clubs and no shortage of places to play. But for the recreational player who just wants to go hit around sometimes, the prospect of joining a country club, or even reserving a court at the enormous and popular Memorial Park Tennis Center can be daunting. So, we have compiled a list of six of the best public courts in Houston to just play a pick up match at – no reservations and no fees required. 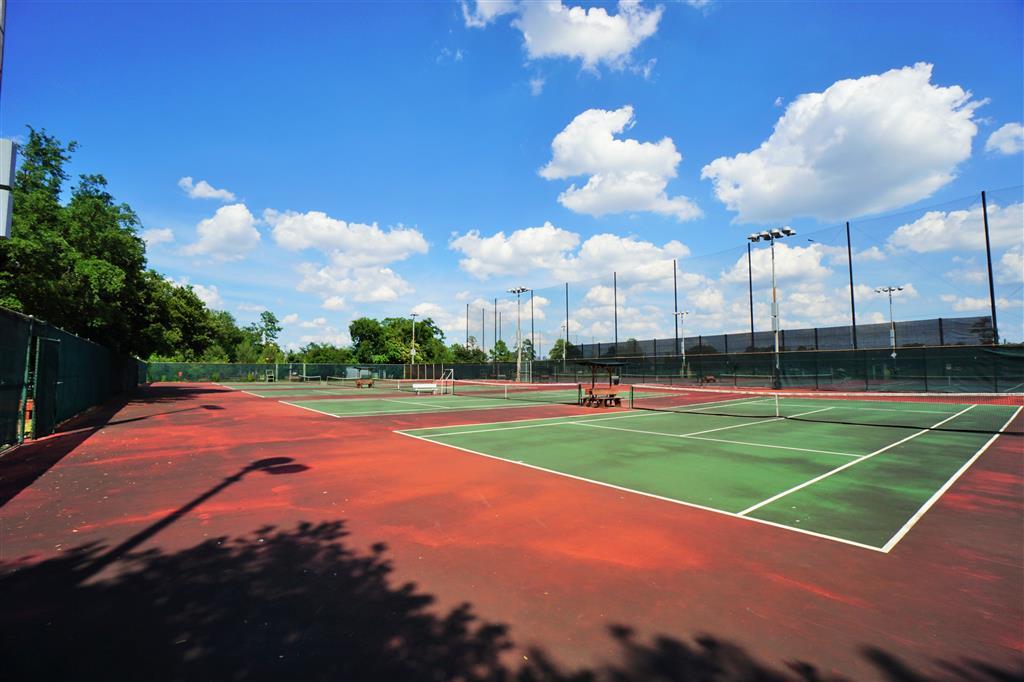 This surprise tennis haven is smack-dab in the middle of north Houston, near the Hardy Toll Road. With four full size courts and lights for evening tennis, it’s big enough to accommodate large groups or even friendly tournaments. Plus, it’s situated between a golf course and a huge stand of trees, so noise and traffic will almost never be a problem.

Though Moody Park only has two courts, it’s located at the Moody Community Center in north-central Houston. This area offers a host of other activities to keep everyone in the family busy. Jump in the pool after a long summer match, or bring a picnic to share after a few hours of hitting with a friend. Or, let the kids play on the playground as you practice your serve on a Saturday morning – the options are endless.

These west Houston courts are relatively new, and shine bright during the daytime. One of the few Houston public courts with a real hard surface and contrasting paint, this place screams serious tennis. There are two full size courts and a practice wall, but you might have to wait around a little while before one becomes available – they tend to fill up pretty fast. Fortunately, Nottingham Park has a gorgeous walking trail for you to peruse while you pass the time.

Willow Park is another small park that has a lot to offer. New surfaces on the court, high, sturdy fences, and shade from surrounding trees means this court is a great place to hit if you live in southwest Houston. And the lighting here is superb – six giant poles surround the two courts, offering plenty of illumination to ensure you get a great game no matter the time of day.

There aren’t many public courts in southeast Houston, but Wilson Memorial Park offers two courts for the tennis enthusiast. The park is tucked away from the highway and the courts are far off the roads, so a quiet game is virtually guaranteed. And, a small pond with ducks and geese is just feet away, to offer you the calming serenity of nature after a tough loss on court.

This excellent little park packs a punch – with two full size courts plus two smaller kid's tennis courts, there’s plenty of court to share. Although it doesn't have any lights for night time play, its quaint location in the Heights just a few miles from i-10 and i-610 is plenty private and secluded.

So there you have it, 6 of the best public courts in the Houston area. There are dozens more scattered throughout the city so click here for a full listing. Upgrade your gear here at Tennis Express, then get out there and play some tennis!

To learn more about the best gear for your game, head over to our blog.